October 24, 2016
No, not the Duchess... this Kath Middleton writes books, and the unicorn is delighted to welcome her to this blog to talk about her seriously spooky new title Souls Disturbed. 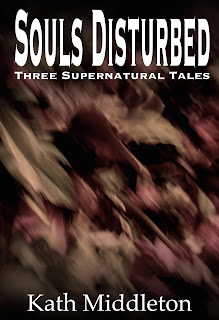 KR: Is this your first venture into the dark side of fiction, or has this book grown out of earlier work?

KM: It’s my first real trip over to The Dark Side, although my first book, Ravenfold, was thought to be quite dark, though not in the spooky sense. I’ve not explored the supernatural in previous work and I found myself ‘on a roll’ you might say. Souls Disturbed is a collection of three novellas and later this year I’ll be publishing a short story on a similar haunting theme. I think I’ve probably got it out of my system now.


KR: Hmm, I like that 'probably'... though be warned, once you've gone over to the dark side, it can be difficult to escape! Who is your favourite horror writer, and do you think he/she has had any influence on your writing?

KM: I’ve read and enjoyed a lot of Stephen King and Dean Koontz but that was in my younger days. More recently I’ve enjoyed the work of David Haynes. I don’t think they have influenced me, however. I don’t like to read that authors write ‘in the style of’ anyone else. I think it’s important to find your own voice.


KR: I agree - though I don't think I meant style, as such, but perhaps themes? Much of my own writing has grown out of what I read as a teenager, which included a lot of fantasy and science fiction together with Mary Renault's historical books, whereas your books seem to cover a wide range of genres. Do you find they attract different groups of readers, or are people happy to follow you from book to book?

KM: Interesting question. I think some people follow authors and some follow genres. I have readers who read most of my work so they’re obviously author-led. However, unless people leave reviews or contact you, you never really know who is reading your work. As long as someone is, I’m happy!

KR: That tends to make my unicorn happy, too! I especially like the cover for your comedy novel Top Banana, but that obviously wouldn't work so well for a book like Souls Disturbed or Ravenfold. How do you come up with your different cover designs?

KM: I’m extremely lucky to have the talented Jonathan Hill as a friend. Often, I find a photograph I like on a stock photos website and he will turn it into a cover for me. For a couple of my books, including my latest, he’s worked his magic on a photograph of my own. With three novellas in one book, I wanted something abstract for Souls Disturbed. I took a very dark photo of one of my Lenten hellebores and shook the camera as I did, and Jonathan added extra shake! Purple is the colour of mourning and is used in funeral services, so I thought it carried the theme. As for Top Banana – I was having trouble getting a photo of the right kind of spider. If you specify one type in the text, you can’t have a different one on the cover. So he went for text and a cartoon spider. And I agreed with him.


KR: Yes, they are obviously quite different books. Publishers like to keep authors in genre boxes, but publishing indie seems to give you a lot of freedom... what can we expect to see next?

KM: Next is a ghost story. At twelve thousand words, it’s technically a novelette but I’m going for the term short story in my description. Stir-up Sunday is its title and it’ll be out towards the end of November – on Stir-up Sunday, in fact. That’s the traditional day for making your Christmas pudding.

Haunted xmas pudding? Mmm, my unicorn is licking his lips already! And another ghost story? See, the dark side is difficult to escape...


Souls Disturbed is on special offer all this week... download the Kindle ebook for the magical price of only 99p/99c until October 31st. 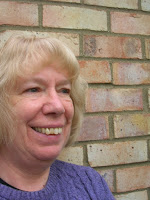 Find out more about Kath Middleton and her books at www.kathmiddletonbooks.com