Showing posts from October, 2021
Show All

The Season of Witches and Wizards, Spells and Pumpkins... 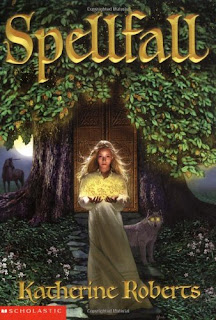 The trees are turning gold, and the world seems just a little bit more magical at this time of year. There might be a good reason for that enchanted feeling. Did you know that trees can communicate underground via their roots, and will even send help if one of their number needs nourishment or is threatened? This is known as the  Wood Wide Web  and was the concept behind my 2000 novel SPELLFALL, where the trees in my parallel world of Earthaven are gigantic soultrees that bear magical fruit and seeds. Spellfall (first US edition) Their root system acts rather like the London Underground, and it's possible to travel around it in living capsules, operated by the trees themselves, known as 'organazoomers'. The soultrees and the Spell Lords who look after them can also use this root system to communicate, much as we might use the internet in our technological world. But that's not the whole story... those who have Earthaven blood, like Spellfall's heroine Natalie and he
Read more
More posts