Showing posts from June, 2021
Show All

The Horse Who Would Be Emperor - paperback now available 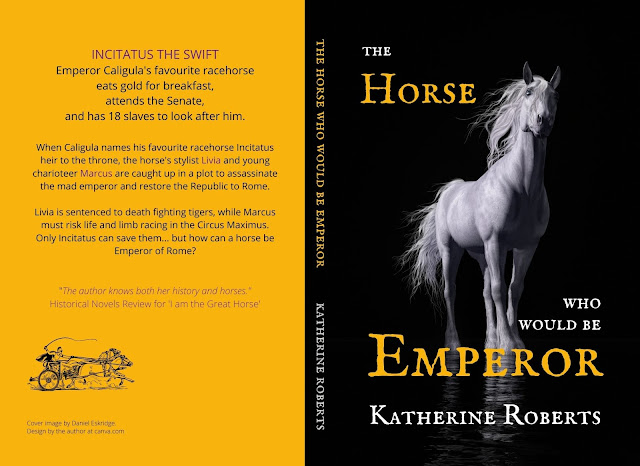 Emperor Caligula's favourite racehorse Incitatus "the Swift" eats gold for breakfast, attends the Senate, and has 18 slaves to look after him... and that was just the start of his rise to fame. Read the incredible story of the horse who became heir to the Roman Empire! Now available in paperback from Amazon. The Horse Who Would Be Emperor paperback UK paperback US For more great horse stories, see  https://reclusivemuse.blogspot.com/p/i-am-great-horse.html
Read more
More posts