Showing posts from December, 2013
Show All

When I was a little girl, all I ever wanted for Christmas was a real live pony. Now I'm a fantasy author I want a real live unicorn, which is a bit trickier (so I probably won't get one of those, either!) I do, however, still have my virtual unicorn muse, who has done some digging over at YouTube with his glittery horn and returned with this cute dancing Christmas pony... if you visit the site, you can even create gift ponies for your friends. Enjoy! HAPPY CHRISTMAS TO ALL MY READERS!
Read more

Tamora Pierce and Me 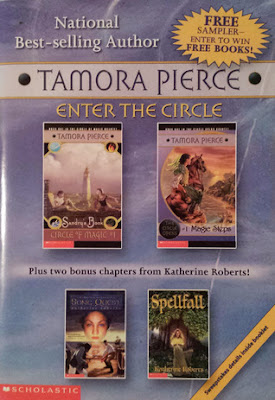 It's amazing what you can discover online, years after the event itself. Browsing my profile in Goodreads recently to see if any stray "Katherine Roberts" books had been added to it by mistake (there are at least four different authors with books published under my name), I discovered this book listed: Actually not a book, but a sampler that my American publishers must have produced to cross-promote my titles back when they still published me. I knew nothing about it at the time, which just proves how much publishers do that authors are not aware of... a belated thank you, Scholastic! If I had known about it, I'd have been quite flattered as a new author to be compared to the queen of young US fantasy writing Tamora Pierce (still am, if the truth be known!). But this sampler is now a small piece of history, and my two books listed in it - Song Quest and Spellfall - have moved on to a new stage of their life after going out of print at Scholastic/Chicken House.
Read more 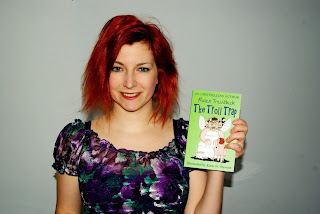 This week the unicorn welcomes Cornish author Rosen Trevithick to tell us about her unusual muse. (WARNING: Do not read this post if you are eating, unless you have an unusually strong stomach!) Rosen Trevithick Who (or what) is your muse?   Rosen: My muse is a troll called Loodrip Stinkleboss, and she has lived in my toilet since I was ten years old. When did you first meet? Rosen: I first met Loodrip on Devoran Quay. I was strolling around on the shingle shore when I spotted a creature stuck in the mud. Real trolls aren’t like the ones you read about in fairy tales – they look much more human. She has big, scruffy hair that covers her horns. So, at first, I thought she was a person. I began to dig her out. Just as I was freeing her pudgy legs, she declared her desire to gobble me for lunch. I had to think on my feet, so I explained to her that I was still growing. I said, if she ate me, I might grow in her belly causing her to pop. She thanked me for the warn
Read more 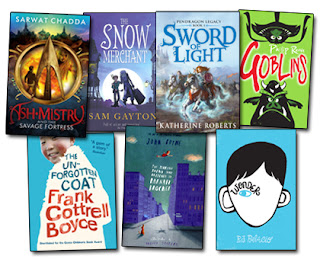 Last Friday, I had the pleasure of attending the finale of the Tower Hamlets Book Award at Swanlea School in East London. My book Sword of Light had been shortlisted, and I was one of three authors invited along to judge the book presentations performed by the children of eight local schools. Tower Hamlets Book Award shortlist 2013 This event is organised annually by the Tower Hamlets Schools Library Service, and it's obvious a great deal of energy and enthusiasm had gone into the afternoon. Gillian Harris, head of Tower Hamlets Schools Library Service, kicks things off Meet the authors... Sam Gayton and Katherine Roberts (me!) judging the presentations Sarwat Chadda and Sam Gayton signing books   Then came the performances, which I had been looking forward to very much. Two schools performed my book Sword of Light - Swanlea Secondary and John Scurr Primary - taking quite different approaches to the story. John Scurr's presentation was so enjoyable
Read more 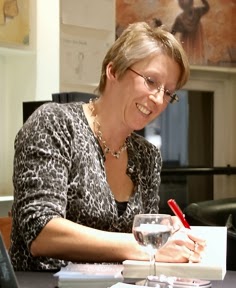 This Monday the unicorn is delighted to welcome author and and publishing guru Nicola Morgan, whose muse is rather large and sometimes a bit scary... Nicola Morgan Who, or what, is your muse? Nicola: My muse is an outdoor empty space. It is silent, apart from wind, or running water, or birdsong. It asks nothing of me. I can go where I want in it and no one else is ever there. There are trees in parts of it, solid ancient trees with gnarled trunks and twisting branches and holes for owls and secrets. It’s quite scary because things can hide behind the trees and there are deep shadows and dark possibilities, but the pleasure of coming through the woods into the sunlight and minty air and clear blue spaces is worth it. sunlight, minty air and clear blue space When did you first meet? Nicola: When I was five. I lived in the country in a life of strange freedoms and risks and miles of open spaces and rafts on rivers and dens in hay and treehouses and tunnels and hideaways
Read more
More posts