Showing posts from November, 2015
Show All

Readers of this blog will know I am a secret fan of the Hunger Games trilogy by Suzanne Collins. I've read all three books, and now I've seen all four - yes, four - films. So how do the films stand against the books? These films (unlike many adaptations for the screen) follow the books faithfully. I loved the first one. The original Hunger Games was always going to translate brilliantly to the big screen with its reality TV concept of the Arena and all the fabulous costumes and showmanship. I thought the second film Catching Fire was even better than the first and looked forward to seeing the third, only to discover (frustratingly) that the third book Mockingjay had been split into two. The first part of Mockingjay on screen didn't really work for me. The trouble with splitting a book into two films is that the viewer doesn't experience the full story arc or the satisfaction of the ending. The second part was a long time coming, and I was rather hoping that there
Read more

An interview with David Wailing 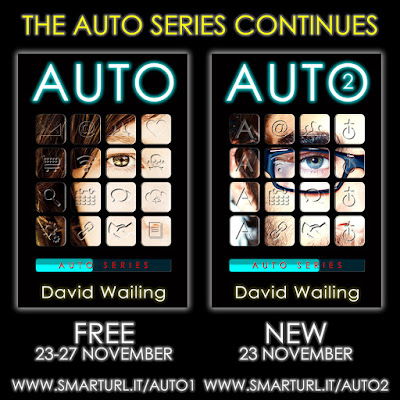 Today I am over at Authors Electric interviewing David Wailing about his Auto series of books set in 2022, when everyone has a digital personal assistant app called an auto: http://authorselectric.blogspot.co.uk/2015/11/an-interview-with-david-wailing-and-his.html You know you want one! Auto Auto2
Read more 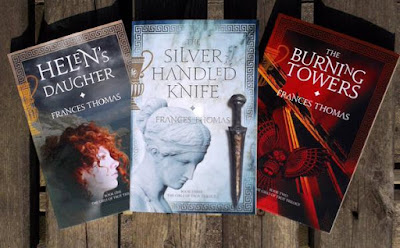 The unicorn has just spent a few years in ancient Greece with three of the girls who survived the Trojan War: Queen Helen's daughter Hermione; Princess Cassandra's slave Eirene; and eldest daughter of King Agamemnon Electra. In Frances Thomas' delightful Girls of Troy trilogy, these three young narrators bring the myths to life, giving an overview of the whole story from the moment Queen Helen elopes to Troy with Prince Paris, through the long years of war, to the violent fall of Troy and its aftermath back in Greece when the victors return with their captives. In Book 1  Helen's Daughter , Hermione has been thrown out of her father's house after her mother elopes to Troy, and tells us in her own words how the Greek kings use her mother's 'abduction' as an excuse to raise an army of a thousand ships to sail across the sea and attack the city. This is actually a relief for Hermione who, having emerged from her mother's shadow, meets Achilles'
Read more
More posts