Showing posts from April, 2010
Show All

April 26, 2010
On Katherine’s bedside table this month… Young Samurai: Way of the Sword - Chris Bradford Glitter rating: 5 This is the second book in the Young Samurai series, which began with “Way of the Warrior”. When his father is murdered by the evil ninja Dragon Eye, Jack is rescued and taken to train as a samurai warrior at the School of Two Heavens in 17th Century Japan. His most treasured possession is his father’s “rutter”, a book of secret knowledge Dragon Eye and his ninja will stop at nothing to possess, even if it means killing Jack and his young Japanese friend Akiko. Meanwhile, Jack is preparing for the ancient trial of the Circle of Three, which will test his skills to the limit and end in a duel to the death. Can he – the only western boy at the school – possibly learn the Way of the Sword in time? The fight scenes in this book are very realistic (maybe because its author is a keen martial arts expert!) and the action grips from page one. But what the Muse really liked about this s
Read more

Calling all artists! If you enjoy creating artwork, either by hand or on a computer, then trot over to the Bookette’s blog where you’ll find a fabulous competition to design a new cover for Katherine’s debut novel Song Quest. The competition is part of a campaign to bring this book back into print for a new generation of readers. Prizes include a signed hardcover edition of the second Echorium book Crystal Mask plus other surprise goodies. To give you an idea, so far Song Quest has had these two editions in the UK: Element Chicken House and this one in America It has also been translated into Chinese, Japanese and Italian. The Italian cover looks like the Chicken House one with a swirly silver title. The Japanese cover is dark blue and moody. The Chinese covers (two editions - complex and simple characters) are colourful stylised versions of the Chicken House one and also have black and white interior artwork. When designing a book cover, it helps to know what the story is abou
Read more

The Rubaiyat of Omar Khayyam

April 17, 2010
Awake! For morning in the bowl of light has flung the stone that puts the stars to flight… So begins the Rubaiyat of Omar Khayyam, a famous poem the Muse finds interesting because its author was a mathematician, just like Katherine. Omar Khayyam was a bit cleverer than my author, though. He lived in twelfth century Persia and was a famous astronomer who accurately calculated the length of a year, before he gave it all up to become a poet. You humans would probably call this a midlife crisis, but the Muse thinks Omar was doing just fine because his Rubaiyat (which means Testament) celebrates the joy of living in the moment. How time slips beneath our feet: Unborn Tomorrow and dead Yesterday… Why fret about them if Today be sweet? When the Rubaiyat was published in Persia, however, nobody wanted to buy a copy. The bookseller tried to shift copies by putting them outside his shop at a bargain price – like the 10p books you sometimes see in boxes outside secondhand bookshops today.
Read more

Katherine has just rejoined the British Fantasy Society , which the Muse thinks is about time. (How can she possibly have a unicorn for a muse and not call herself a fantasy author?) This is the cover of a special hardcover book of short stories available only to members, which is the first of the goodies they have sent her... looks like tasty unicorn food, so I'm looking forward to reading it. Katherine began by writing short stories herself. Many years ago when I was still a foal, she made several good friends this way, most of whom are now professional fantasy or horror authors writing for the adult genre – though that doesn’t stop you going over to the genre shelves and having a snoop around for their books. Look out for horror authors Tim Lebbon and Steve Lockley, fantasy authors Sarah Ash, Gary Kilworth and Juliet McKenna, and SF author Neil Asher. Many fantasy books appeal to a wide age range, and those on the adult shelf are not all full of sex, drugs and rock and roll (th
Read more

April 08, 2010
Thanks to Safiyah for sending in two of her own poems and suggesting the idea of a poetry post. The Muse loves poems! Sticking with the space theme, here is one of Katherine's efforts... "Armageddon" Everyone agrees it must have been a major disaster - Perhaps something atomic, no-one remembers now. It does not matter. We are scattered across the Universe shrunken, crippled. No longer men. Once we built cities large as planets, White marble shining in the sun. We reached across galaxies and touched the stars, Made belts of supernovae and pleated space so we could thread Silver-bright ships through relays of black holes. We cut larger and stitched faster And covered the face of God with fragments of ourselves. Small wonder he sneezed. © Katherine Roberts
Read more

“Swindon, we have a problem…”

When digging about for best-selling ideas, we muses have a habit of seeing slightly weird things… like the launch of the UK Space Agency , which replaced the British National Space Centre in Swindon on 1st April. Apparently there will be at least three UK space missions between now and 2030, which sounds very exciting if you’re into space tourism and exploration. Although there probably won’t be any actual launches from Swindon itself, British astronauts are go! All right, I know what you’re thinking. April fool, maybe? Already the location of the UK Space Agency has prompted journalists to change the famous line from Apollo 13 “Houston, we have a problem…” (the unlucky NASA astronauts’ first communication after their spacecraft was damaged by an explosion in their oxygen tank, wrecking their mission to the moon) into the rather less glamorous title of this post. But the Muse thinks it is real - or are unicorns just gullible?! Anyway, real or not, it doesn’t matter since Katherine is
Read more

Year of the Tiger 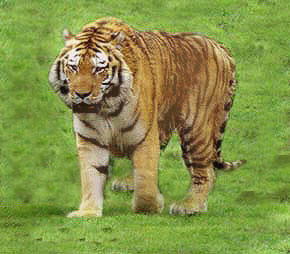 According to the Chinese zodiac, this is the Year of the Tiger. I first became interested in the Chinese animal years while helping Katherine write her (as yet unpublished) YA romance "Red Moon Rising", which tells of a turbulent love triangle between the young Genghis Khan, his blood brother Jamukha, and his sweetheart Borte. That story happened in twelfth century Mongolia, but the Year of the Tiger is traditionally a year of dramatic change prone to unusual weather conditions, communication problems and international crises. Already there’s been weird weather, annoying things happening with my author’s broadband connection, and in the UK it’s an election year. This year may bring great success to daring tigers but possible disaster to others – so if you’re not a tiger, the Muse advises you to find a safe place and stay there until next spring, when the Chinese year changes into the much gentler Rabbit. Fortunately, a Tiger year only comes around once in every twelve, the
Read more
More posts