Showing posts from February, 2016
Show All

The horn of a unicorn is a powerful thing...

It's a leap year! This day does not always exist, so just for fun here's one of the Muse's favourite TV ads: (Note: my Muse does not endorse any electricity, mythical or not. He just likes the lady unicorns.)
Read more 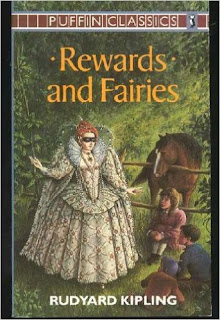 await you over at Authors Electric today, where Rudyard Kipling's famous poem "If" gets the unicorn treatment: http://authorselectric.blogspot.co.uk/2016/02/the-authors-if-katherine-roberts.html And if you're curious about the title of this post, it's borrowed from a collection of historical fantasy stories and poems by Rudyard Kipling, where "If" was initially published as the introduction to a chapter called "Brother Square-Toes". You can still buy a used copy of the Puffin Classic paperback, or download the Kindle edition  free. Rewards and Fairies
Read more 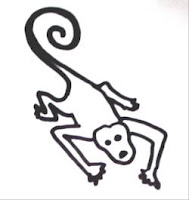 The Chinese Year of the Monkey begins this week, and so does the Mongolian Tsaagan Sar  festival celebrating the Year of the Fire Monkey. To me, monkeys always seem playful and mischievous. So perhaps this is an auspicious year for an author who has always gone the traditional route with her children's books to take things into her own monkey-hands (or, more accurately, tiger-paws since I was born in the Year of the Tiger) and publish a mischievous little trilogy of novellas for older readers about Genghis Khan. For those who have heard the name but know little else, Genghis (or Temujin, his boyhood name) came from humble beginnings in the 12th century to unite the 'people who live in felt tents' under a single banner. With his infamous Mongol hordes, he then went on to conquer much of Asia and Europe, building an empire four times the size of Alexander the Great's. Rather than take the usual epic historical route chronicling the Khan's conquests, my Legend of
Read more
More posts